In the last twelve months I have had three deaths in my family and two rebirths. My gecko of 12.5 years “Get-Go,” died one year ago. My son named him because “he’s fast and gets stuff.” Sadly, like my relationship with him, both withered. Five months later my mother died due to liver complications and two months after that, my best friend Maddy Midnight died instantly upon impact with a garbage truck. 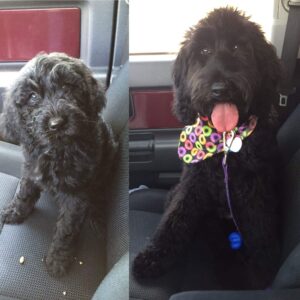 Maddy Midnight the day I brought her home and when full grown. 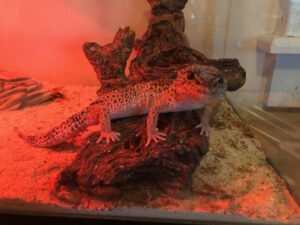 Get-Go the Leopard Gecko. He was fast and he got stuff. 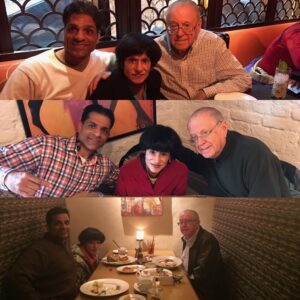 These changes inspired another familiar trip through Hades. While going through hell, I followed the wisdom of ages:

Despite all the work I had done, I had been following an old manual, that of third-density human materialism: Master the mind and the body, ignore the emotional. Or, “where there is a will, there is a way.” To grow into 4th/5th density humanity we must integrate our emotional bodies. Many years ago I started navigating by feel, for all power comes through the synapse, the gap, the emotion which connects the spirit and the body; the non-material and material.

The death of my mother left me with the mantle of leadership her massive presence carried. A tiny five feet tall woman, she packed an outsized punch as the head psychiatrist of the most dangerous mental prisons in the world, Napa, and Vacaville. She even testified against the Department of Corrections, the jailers of the most difficult. Before this she served in the Indian Army in the war with China and also became the first Indian woman in Yale Medical School.

This role had me do something she could not – I did gritty Private Investigation work on the mean dirty streets of downtown Phoenix. While there I found my brother who we had not spoken to in twenty years. He has managed on his own and shunned his biological family for reasons his own. While on this harrowing journey I caught COVID19 delta. As all would expect from me, I recovered in five days and drove to New Mexico to nurse a best friend back from the precipice.

I had to admit this Buddhist brother of mine against his desires to a hospital where they put him on respiratory equipment. I ran at the mile high altitude of Albuquerque before heading to California to clean up more of my mother’s estate. Once arrived, I again shouldered the majority of emotions as my stepfather and mother rarely stood on ceremony. Instead I felt and expressed the emotions they often denied, repressed or just kept to themselves. This lead to the pitch black darkness of self-abuse. I feel into a pit so deep that I imagined I might never recovered.

Though I called friends begging for extraction, none felt up to the task. So I buckled down as Uncle Sam and my ancestors bred me to: “God loves the Infantry.” My childhood friends furnished me with every possible chemical aid they had as they saw me off in Reno, Nevada. From there I began the climb out of the “Long Dark of Moria,” as Gandalf might say. It hurt and took much of what strength I had but I made it eventually back to Arizona.

After several months of darkness I emerged.

A great friend of mine met me in Sedona, AZ and found us a guide to lead us through the recovery of our youthful selves. He and she worked hard with me to each bring ourselves to bear; to unify past, present and future into a whole being. While in Sedona, my already open spirit became even more receptive. Now I am healed and have chosen to continue my healing journey.

A final epilogue helps here. When I lost Maddy, two weeks later I found a little Buderigar parakeet I named “Buddy.” Because I could not find his parents I flew him with me all the way to Arizona. Then I drove him to NM to assist my friend when he has serious COVID. Unfortunately the airlines would not let him fly out of Albuquerque because America is now a corpora-fascist dictatorship. Thus I left him with another close friend and flew to CA.

This little bird saved my life in many ways because I had to return to NM to get him. Especially because his original owners found my Craigslist ad telling them of his discovery. Eventually I reunited him with his family in Florida where I returned three months after this journey began. Less than a month later I am emigrated to Puerto Rico. But these are for other posts! 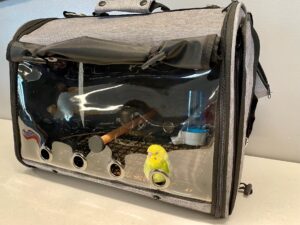