This post comes after my decision to leave Amazon Web Services (AWS) because the only growth there for me was as management, which I was not ready to do. Furthermore Crypto and Blockchain offer the same opportunities that existed when I helped build the Internet in the 90s. Only this time, the wealth shall be more distributed, more on this later. Literally the day after I left AWS, I got a Driving While Intoxicated (DWI) or Driving Under the Influence (DUI) charge in Loudoun County, Virginia (VA).

A girl I have dated off and on for a couple of years came with me to go to a race day at Summit Point Raceway in West Virginia (WV).  We had a final beverage with my team at Bar Louie, the ever present corporate lunch and dinner chain. Then we drove to WV the night before the track. I got pretty buzzed that night once we got to our hotel on wine and beer. We also brought both dogs with us. Maddy and Marley to midsize black dogs, Goldendoodle an Black Labrador.

The next morning we met at the track to drive three awesome Porsches, the 911 Carrera GT, the Panamera GT, and the mid-engine Boxter. We did slalom, hot laps and even a breaking test. To be sure the Panamera actually outperformed the Carrera though did not provide the handling or feel the the classic machine does. Almost forgot, we also drove the Macan and Cayenne. Word to the wise, buy the latter.

Later that evening we drove to a great wine bar in Loudoun County where I had two drink, a glass of wine, and a rich microbrew. Teresa had one glass of Quilt Cabernet from Napa – Tasty. On the way out I checked myself mentally and was sure I had only roughly one drink and hour, my driving limit. I donned my pistol as I got in the car as a licensed and trained Private Investigator and veteran.

On the way home we went down a hill where my FJ cruiser carried its momentum down a hill over the speed limit. Behind us a local Police Cruiser pulled us over at the next intersection. He asked why we were speeding and where we were going, I answered that we were going down the hill and following the car in front of us. He then asked if I had anything to drink. I stated that I had a couple of drinks at the restaurant.

He then claimed that I had bloodshot eyes and smelled of alcohol – police always say this when you tell them you have drank it gives them probable cause (PC) for a roadside sobriety test. During the test I explained that I have a twisted ankle and an Army injury and requested alternative testing. Teresa watched from the passenger seat and said that I passed, which I knew I did.

At that point I was giving a portable Breathalyzer test for Blood Alcohol Content (BAC) which registered .08. The officer then informed me that I was being cited for driving while intoxicated. Before they searched I explained that I was armed. They removed my pistol, handcuffed me, and as aways unceremoniously dumped me in the backseat of their cruiser crushing my hands.

Now, I can pull my hands over my feet to put them in front. They get angry when you do this, FYI! So I just sat and listened. Him and another butch officer talked about different citations for the weapon, all of which were nonexistent or wrong, “Extra charge for a chambered round.” Nope. They also tested Teresa who was below the limit and drove off without the lights on – my classic FJ has running lights, not automated ones. I hear on the radio they found her and helped her to turn them on.

Regardless, I was taken to holding for about four hours in a nice concrete cell, not my first time. While there I requested a blood test which he said they couldn’t do. Naturally he lied. If given there more accurate blood test I likely would not have failed the BAC level. Regardless, I mediated in the cell and just stayed cool. After a video hearing I was released on Own Recognizance (OR). When I received my property, I turned my phone back on, I knew to turn it and my watch off prior to being logged in.

Then I walked some distance from the detention center and hailed an Uber. Some other notes, there we Sheriff briefings, other breath tests and some questions about my record. All were naturally answered effectively. In the end, a series of hurdles costing me probably around $15K-20K were passed including a stupid ignition lock, a voluntary every 5 hour home cellular enabled breathalyzer test. Counseling, community service and more were done. 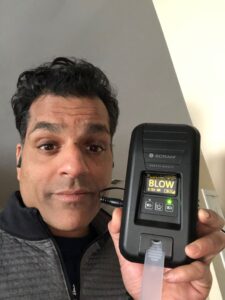 COVID almost got me cited and trapped in the legal system as did the defective equipment that the state gets a cut of every month. The system is ridiculously punitive and revenue generating rather than protecting. Furthermore all weapons charges were dropped and I am now a rehabilitated member of society. Most importantly I would like to note several pieces of information:

What did I learn?

There is so much more to this story, hopes, fears, growth. Thank you all for reading and staying supportive.